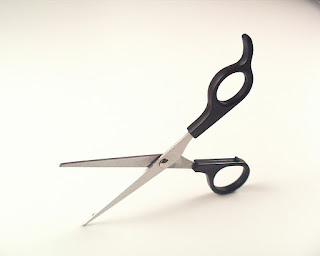 Are you shaking in your boots?
One of my all-time favorite writing books is Write Away by Elizabeth George. If you’re looking for a craft book where the author lays out her process in a clear and easy way, I recommend George’s work. Of course, it could be I love it because it’s similar to what I have bumblingly put together on my own. However, because I want you to get something out of this post, I’ll go with George’s detail, not mine. She’s much clearer because she’s done it some twenty-five times. Me? Um . . . twice.
George does an incredible amount of prep work before she begins. Because of the preliminary work, when she’s finally ready to settle down and create her first draft, she doesn’t have to worry about what’s going to happen next or how her characters should respond. She’s able to focus on the best words and use them to create a compelling story.
That doesn’t mean things don’t change and new ideas don’t surface, it just means she’s free to allow them to do so without concern about how they fit into the story she is telling.
When she’s finished with her first draft, she prints out a hard copy and tries to read it through in a couple of days. She makes no changes to the book. Let me repeat that, because—at least for me—this is the hardest thing to do. She makes no changes to the book during this read through. On a separate piece of paper, she makes notes of where the story needs some kind of work: clarification; delete areas of repetition; delete purple-prose; improve sub-plots; etc. She’s simply looking for ways to make the story better, in an editorly way.
Then she writes herself an editorial letter as a guide for her second draft. She doesn’t say this in Write Away, but I hope she gives herself a few pats on the back while she points out the weaknesses of the manuscript.

Her second draft is done pen-to-that-untouched hard copy. She goes through and deletes, adds and moves things around with the real cut and paste concept. If she needs to create something longer than three handwritten pages, she’ll consider typing it up. Otherwise, this is where she literally gets her hands dirty, uses a bright red pen to slash through paragraphs, and scissors and tape to move paragraphs or scenes around.

This second draft is done at the rate of about fifty pages per day. When she’s finished with her marked-up, cut-up and pasted draft, she types all of the changes into the computer, prints out a new copy and gives it to one cold reader. She includes two documents. The first one contains questions her reader should know about prior to the cold read, the second one is sealed and contains questions George didn’t want her reader to be influenced by beforehand.

If there are further changes that need to be made, she makes them. Then it’s off to her editor.

Have you read Write Away? Does this process appeal to you?

It’s all better with friends.

THE SUSPENSE NOVELIST – THE BLOG